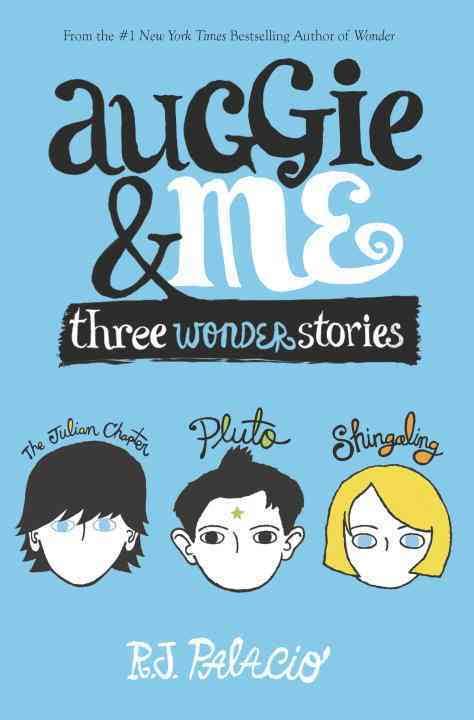 I loved this book because of how it explained three different points of view which were the view of Julian (the bully in Wonder), Christopher (Auggie's longest friend) and Charlotte (one of Auggie's welcome buddies).

It was eye-opening to understand how the bully, Julian, felt, and that he too was mean because he was scared of Auggie, but didn't want to admit it.

Christopher explains how hard it is to be Auggie's friend and how Auggie's life was before the events in Wonder. It gives the reader an appreciation of all that Christopher did for Auggie.

Charlotte explains the events (among girls) that even the boys are unaware of, and how she reports all of these to Auggie.

The book was slightly boring compared to Wonder, because this book was more about what people were thinking about Auggie, and less about action and events. For example, in Wonder, there is a part where Auggie's school goes to a nature reserve and Auggie is bullied by seventh-graders and Julian's friends come to his defense. Parts like that kept me at the edge of my seat; there were no such parts to this book.