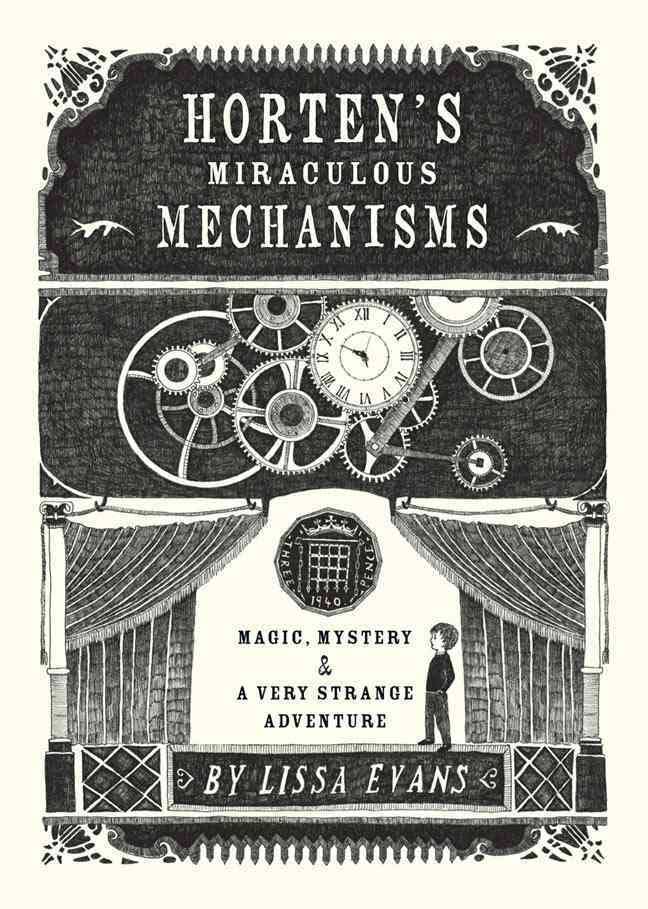 Stuart Horten is 10, it's summer, and his family has just moved to the small town where his father grew up. He has nothing to do, and since school is out, has no way to make new friends. But on his very first day in his new home, Stuart's swept up in an extraordinary adventure: the quest to find the meaning of the clues that his great-uncle Tony, a famous magician, left behind when he disappeared. And he must do that before another magician, with not-so-noble motives, solves the clues.

I love how how the story had all these puzzles, magic and mystery all combined in one single book. It also combined all of these elements into one very strange adventure. I liked the main character, Stuart, who was open to adventure, and jumped headlong into it.

However, I didn't rate it 5 stars, because some of the puzzles that the main character (Stuart) solved were slightly hard to understand. A lot of the contraptions and devices described in the book were hard for me to imagine, because I hadn't seen them ever before, even though they were explained in detail in the book. I would recommend this for older children.

Stuart Horten is ten years old when his parents decide to move back to the small town where his father grew up. Stuart finds out that his great-uncle was a brilliant engineer and magician who disappeared during the world war, and has left a trail of clues, leading to something.

I loved this book because the puzzles are well-thought out and the adventure keeps you at the edge of the seat all through. The unique thing about this book is that it meshes magic and mystery - right at the beginning, what leads Stuart on to the adventure is a phone that rings in a phone booth, even though its wires are cut off.

I think many middle-school boys will identify with him. Stuart is short for his age, and people mistake him as a 8 or 9 year old instead of a 10-year old. Stuart's name abbreviates to S. Horten, or... "shorten", and he hates the fact that he is short and that his parent gave him such an unfortunate name. This forms a minor undercurrent to the narrative.

Stuart's father is a crossword puzzle writer, and the author uses this to sprinkle hard words throughout the book, which the author immediately explains. So if you want to expand your child's vocabulary, this book may serve that purpose (see excerpts).

This is a straightforward adventure story, but there is a message at the end (which also I liked). The message is to do what you're passionate about and to follow your heart and whom you love, like Stuart's great-uncle, Tony Horten.

An example of how the author weaves in explanations of difficult words:

Which is why, when his father said, "Ah, there you are. I was just thinking of going for a brief perambulation. Would you like to come too?" Stuart answered, "Oh, all right, then.".

By "brief perambulation", his father meant a short walk. That was the way he talked all the time, and he always spoke in a loud, clear voice, so that people in the street turned and stared at him.

"When I was a youngster," his father told him as they walked, "there weren't any houses in this part of Beeton at all. This whole area was sylvan."

"Wooded. And there was a stream running through the middle of it."